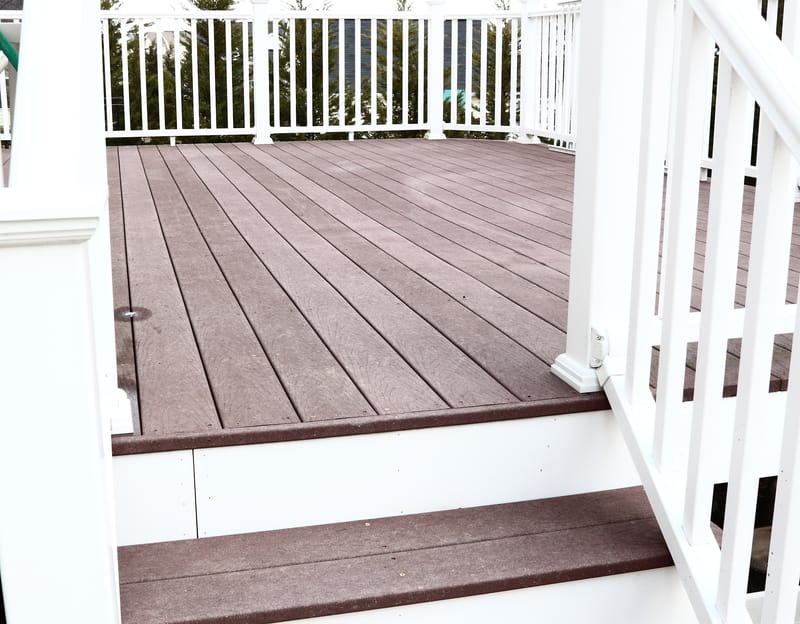 A slippery deck is a danger for everyone! Summer or winter, it’s important to ensure that your deck provides all users with adequate traction.

What causes a deck to be slippery?

Most people think that moisture makes their deck slippery but precipitation is not the complete picture. Debris (leaves, twigs, dirt) holds moisture against your deck creating an environment perfect for the formation of algae, fungus, moss and mold. These mini plants and organisms are what make the surface of your deck so slippery. Covering this growth with the snow and ice of winter only makes it worse!

How can I make my deck a no-slip zone?

Whether you are building new or retrofitting an existing deck, make sure that your deck surface provides grip and is safe for all users. With so many solutions to choose from you are sure to find one that meets your needs and is within your abilities.

If you have questions regarding no-slip decking or you’re looking for deck building advice, contact the Calgary based decking experts;  Econo Decks at 403-768-0151 or email info@econodecks.ca or quotes@econodecks.ca